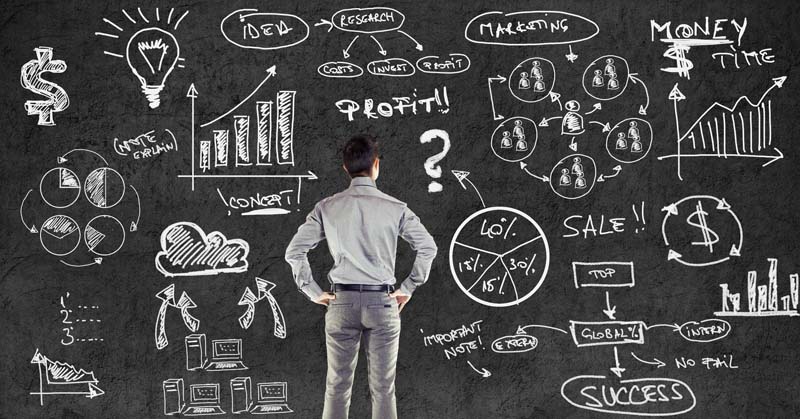 Why Profit Times the Multiple is not the Goodwill

As a business valuer working as a court appointed expert I get to see a lot of valuations from other valuers. Some are very good but many are deficient in one or more key areas. In this post I’ll talk about how goodwill should generally be calculated and the common mistakes to look for when reviewing a business valuer’s report. There are always exceptions so I’m talking in general terms.

Let’s assume that the appropriate method chosen is the capitalisation of future maintainable earnings method. In our example we will use a simple retail business, selling men’s shoes. We will assume that after a thorough analysis of the past performance and future expectations we have calculated the future maintainable earnings (usually normalised EBIT looking forward) of $200,000. To keep the example simple we will use a capitalisation rate of 3. So $200,000 x 3 = $600,000.

The big question is: what does the $600,000 represent? There are 2 common mistakes I see often. The first mistake is that it is the goodwill. The second mistake is that it is the value of the company. Both mistakes can lead to a massive variation in outcomes. The second one is obvious because you have ignored the other assets and liabilities of the company entity. The first is a bit more subtle.

So the valuer then needs to do some analysis and calculate the ‘ordinary’ net operating assets for the business. For our retail example you would typically need the following types of assets and liabilities: stock, trade debtors, prepayments, fixed assets, identifiable intellectual property, trade creditors, sundry creditors, employee provisions and other provisions.

For the sake of our simple example, let’s assume the the shoe retailer has $500,000 in stock, $0 trade debtors, $100,000 fixed assets and $200,000 in trade creditors and provisions. So the net operating assets are $400,000. Assuming all of these items are at ‘ordinary’ levels, the goodwill is $200,000 being the difference between enterprise value and ordinary net operating assets.

So this is the point where you will either strongly agree with me or tell me I’m an idiot. Don’t worry, I work a lot in family law cases, so I have a very thick skin!

Those that protest that the multiple gives you goodwill either have a vested interest (read business broker) or have been taught through Chinese whispers and the emperor’s new clothes. Did you know that in doing a commerce degree, economics degree, ICAA post-graduate studies, diploma of financial planning and business broker agent licensing, I can’t recall ever being taught how to value a business. This is the stuff that you learn on the job or seek out yourself through further studies. So don’t ever assume that just because someone is a great accountant or business broker that they have the skills and experience to value a business. Even if it says they do on their website.

So let’s go through a few reasons why the net operating assets need to be deducted before calculating the implied goodwill.

For simplicity let’s say the multiple of 3 means that the purchaser required a simple return of 33% on their investment (ignoring the perpetual growth factor and any debt finance for simplicity). They are saying that they want to put down an amount of money now and receive a 33% return on that original investment. Sounds simple.

Let’s say there is an identical shoe retailer with exactly the same profits. They are the same in every way, except that they have negotiated a long-term deal with the supplier to extend the days payable. Assuming they can now comfortably carry $350,000 in creditors and provisions. The net operating assets are now only $250,000 which makes the implied goodwill $350,000. These businesses are identical except that one requires less working capital from the owner.

Would you pay a premium for goodwill if the business consistently required less working capital? Of course you would. So if you don’t assess the working capital you will make a mistake.

The proponents of “the multiple gives you the goodwill” method will say in their defense that they will adjust their capitalisation rate to allow for working capital requirements. This shows a lack of understanding and concern for the underlying principles. Fudging a multiple so that you get a pre-determined outcome is a waste of time if you have already decided on the outcome in advance. I would like to think that as a profession we are above those kinds of shenanigans.

The other issue worth noting is that the net operating assets at the time of the valuation are not necessarily the ‘ordinary’ amounts. For example, let’s say that our shoe retailer had just received a bulk shipment. The amount of stock in excess of what is ordinarily required to generate the expected profits is deemed to be a surplus asset because it is a bonus windfall to a purchaser. It would be added on top of the enterprise value and only the ‘ordinary’ amount is subtracted to work out the implied goodwill. However, particularly in the case of retail you need to look closely at the recoverable value of the stock, because you may have to significantly discount it or sell it wholesale to be a genuine immediate windfall.

Another interesting point to note is that businesses that save money on large physical stores, and spend that money on websites and online marketing can have a significant valuation advantage if they drop-ship from the supplier directly to the customer. Even if their profits are exactly the same as a bricks and mortar retailer, their cash flow and their goodwill should be higher because there is little or no stock to fund in advance.

As always, please let me know your thoughts. And importantly, don’t ever accept a valuation outcome until you have reviewed the methods and assumptions. I offer an inexpensive valuation review service if you ever need a second opinion.